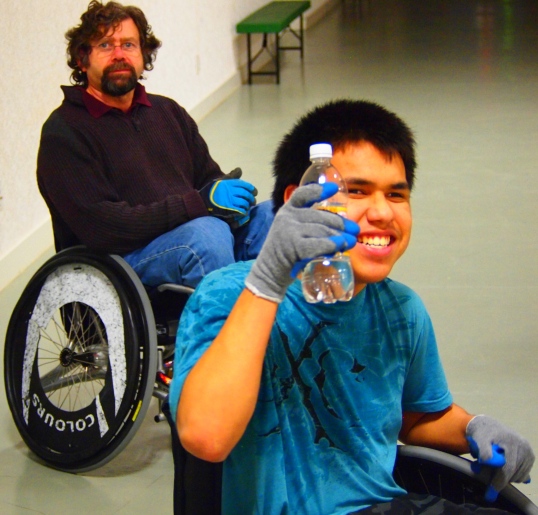 Five years ago, my husband, who works with students with special needs, was assigned to work with a 10-year-old boy by the name of Adam. It was a year later that Adam first really came onto my radar.  Nick came home one day with a grin on his face.  Apparently Adam had started giving Nick relationship advice.  “You should bring her flowers, cook her dinner!  I bet she likes chocolates.  You should take her chocolates!”  “Hmmm, I like this kid!” I told Nick.  A couple of months later he started to encourage Nick to propose to me.  Propose and then to invite him to the wedding.  When Nick did propose and we began to discuss the wedding plans, we both agreed that the only person who could be Nick’s best man would be Adam and his twin brother, Blake would be a groomsman.  Adam and Blake looked wonderful in their new suits and both fulfilled their roles beautifully. 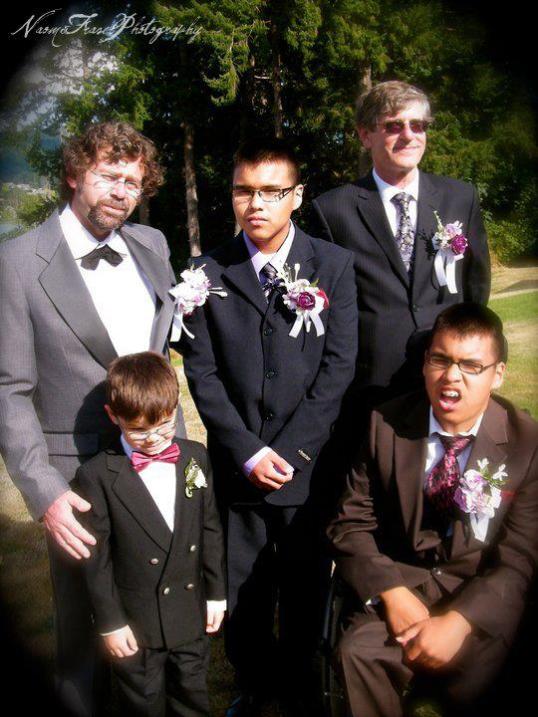 Adam is one of the sweetest kids that Nick has ever worked with – kind, funny, generous.  As an elementary student and then later as a middle school student he raised money for the homeless shelter in our small town, for the elders of the Cowichan Nation, and for the SPCA.  He always has a smile and joke for everyone around and this makes what might have been the most obvious thing about Adam the least noticeable – his wheelchair. 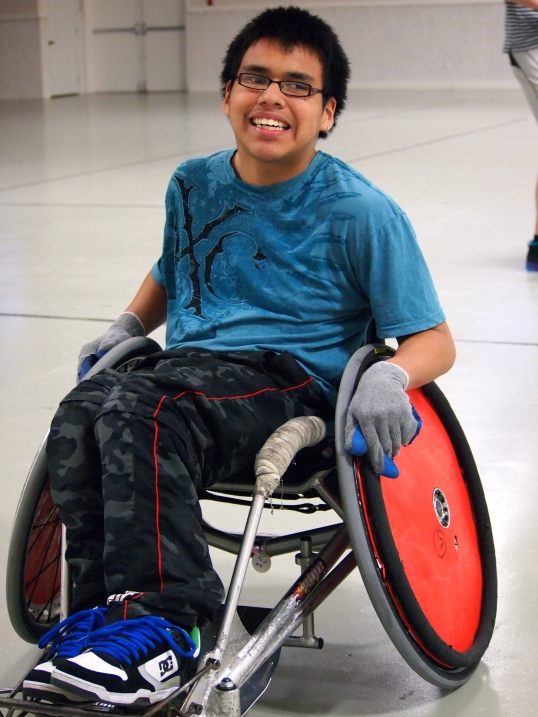 Like most special needs kids, very little has been easy for Adam – his legs won’t straighten and won’t easily hold his weight but over the years that my husband has worked with him, he has watched Adam struggle to stand and walk and now he can actually walk a short way with his walker.  School hasn’t always been easy for him but he has found his niche there – he wrote and acted in a short film and has a role in his school’s theatre production this year.  He has lots of friends and the girls love his lopsided grin.  In spite of his struggles, he never seems to lose his amazing positive attitude.  I think that a lot of this comes from a large and very supportive family.  His grandma, Darlene, has stood behind him and fought for him and his brother their whole lives.  In fact, everyone in their family has stood behind these two terrific young men and it shows. 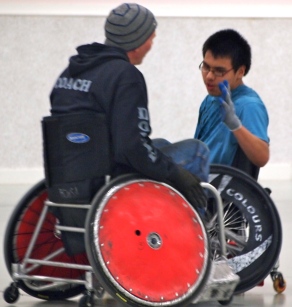 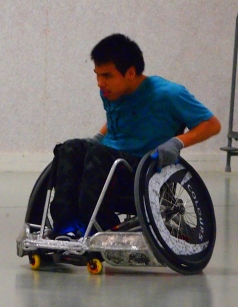 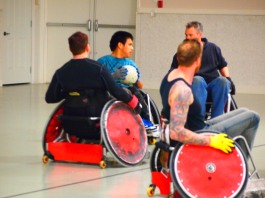 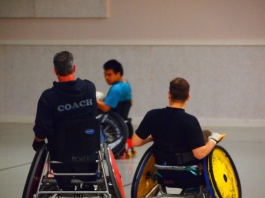 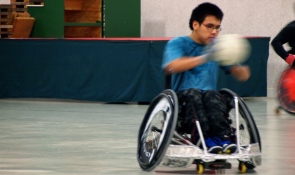 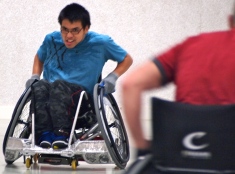 Last week, Nick and I went to watch Adam in his first wheelchair rugby practice.  Adam was younger than the other players by a good ten years.  When they began to arrive, I could see that Adam was nervous – probably a bit by the idea of playing such a rough sport but I think more by the age of the other players.  I have to give them credit however.  The coach and the players gave Adam encouragement and instruction and lots of opportunities to play.  I watch the game progress and was at first quite intimidated by the aggressiveness of the sport but then I was so impressed by the enthusiasm that Adam showed as he played that I stopped cringing at every wheelchair crack-up.  The lessons he has learned in life to push himself and to move forward became very evident on the gym floor.  He quickly learned to manipulate an unfamiliar sports wheelchair.  He raced up and down the floor until he was covered in sweat.  He reached for every ball that was thrown in his direction.  And when the practice was over, he was greeted with a chorus of “Good game, dude!” from the other members of the team.

Adam may only be 15 years old, but he has learned lessons already that some people never learn.  He impresses the hell out of me.